In 2006 Child, Youth and Family contracted Dr Chris Holland of Work & Education Research & Development Services (WERDS) as an independent evaluator of Everyday Theatre in the Whangarei area. Below are key findings from that research:

I went to one class and there were some really difficult kids in that class and classic dilemmas and there were lots of behaviour problems in class but those kids were engaged. I was so surprised, I was amazed at these real hard boys who got right into actually being the counsellor, they took the role as a counsellor and got into role, I stood up and clapped.
– A School Principal

… these people made it interesting. People get bored aye … if they just talked to us like normal [teachers].
– A student. 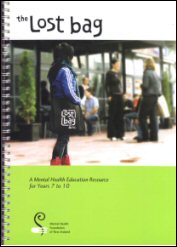 The five-year Mental Health Foundation of New Zealand’s ‘Lost Bag’ project, coordinated by ATCo, worked with intermediate schools in the Auckland and Tai Tokerau regions. The Lost Bag used applied theatre to explore issues around why children run away from home (analogous to suicide issues) and received overwhelming support from the young people engaged in the project. 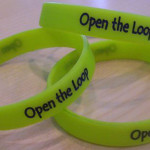 Waikato Public Health approached ATCo in August 2006 to develop a project similar to Everyday Theatre for in the Waikato region. This project was designed to use a similar model with middle school students to explore several issues: bullying – especially via cellphones, transitioning from one year level to another, especially between schools, and respectful relationships between young people. These issues were presented under the umbrella term of ‘youth resiliency’. ATCo co-contracted Kids 4 Drama to collaborate on scriptwriting, and to provide original music & lyrics. Kids 4 Drama also directed the scripted component, provided administration assistance, and assisted with quality control during the in-school run.

How Open the Loop worked

Open the Loop was framed by a performance where three teacher/actors, in role as teenagers, each purchase a ‘time traveller cellphone’. Each is unaware that it will take them back to moments in their lives where they were bullied, witnessed bullying, or were bullies themselves – we see the three ‘teenagers’ take each of these roles at different times through their school years. Each of the three ‘teenagers’ needed to be released from the relentlessly repeating ‘loop’ of their memories contained in their new cellphone – the role of participants was to discover why these moments were important to the ‘teenagers’, and what they might have done differently in a similar situation. A range of drama conventions was utilised to do this in a structured and safe way throughout the workshop session.

Evaluation of Open the Loop

Dr Chris Holland, who had recently evaluated Everyday Theatre, was contracted to independently evaluate Open the Loop. Key findings that relate to student and teacher perceptions of the programme include:

Responses to Open the Loop

I was surprised that we could talk to each other we don’t usually do that sort of thing. We shared ideas, and we had the time to. Like usually we don’t have that time

This is a really time that actually you need to think with each other, ‘cos it doesn’t happen much in our classroom

When asked about what they thought the messages of the programme were, students replied:

I think it’s: don’t be mean to friends and help each other

And also about being loyal to your friends

They also recognized the importance of applying these messages to people who were not their friends:

I think this programme brought all of our, even if we aren’t best of friends it sort of brought us together – to try and participate as a group.

Four weeks after the programme, one boy commented:

The thing that you will remember when you grow old and something happens like that, you can go back and remember how we did this.